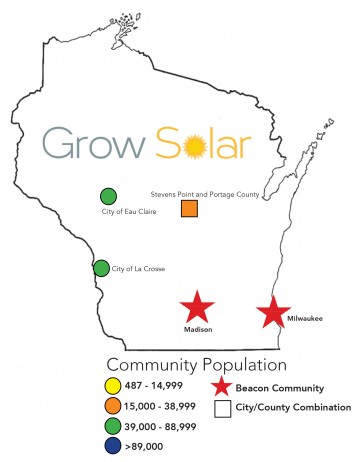 The Grow Solar team has reached out to communities, three of which have confirmed to be a Growing Solar Community in the Grow Solar Partnership. Wisconsin participation thus far is diverse in both geography and by type of government, including a range of cities, but also a county, town, and village (representing all types of statutory local governments). The Grow Solar Team has identified additional potential opportunities for participation by suburban communities around Wisconsin’s two Beacon cities.