SunShot is based on John F. Kennedy’s MoonShot Program. In 1962, JKF challenged the country to “before the decade’s end, landing a man on the moon and returning him safely to the earth”. He wanted the country to pursue his goals “not because they are easy, but because they are hard, because that goal will serve to organize and measure the best of our energies and skills.” MoonShot successfully landed a man on the moon in July 1969.

The SunShot program is actively striving to reduce all system costs: 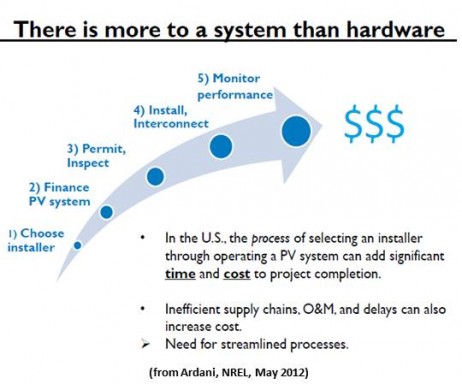 To find out more information on the Department of Energy SunShot Soft Costs program, check out the following links: