The state of Midwest solar in 2014

PSC decision on ‘fairness’ has consequences for the rest of us

As the year draws to a close, it is becoming more and more apparent that 2014 will be remembered as a landmark year for renewable energy in the United States.

The current narrative is quite captivating — the rise of community solar, the utility death spiral, the Tesla Gigafactory, renewable energy “fairness,” the value of solar, the Clean Power Plan, the shale revolution, the U.S.-China climate agreement, the end of cheap coal, fossil fuel divestment and more.

Interestingly, the Midwest surely will be of significant note. The Minnesota Clean Energy Jobs Act, the Iowa Supreme Court ruling on third party ownership and the Wisconsin utility rate cases all have set precedents with trajectories that will define whether our energy markets become more opaque, centralized and monopolized or more open, distributed and shared.

These developments are occurring amid a backdrop of growing public frustrations with the coordinated, special interest efforts to slow public and private investments in clean energy. The rate cases in Wisconsin demonstrate an especially alarming trend: the alignment of the manufacturing lobby behind the monopoly utilities’ rate “fairness” campaign.

The investors in these industries both stand to garner significant returns as “pay for use” electricity markets are transformed into “pay for access” (like paying more to park in front of the gas pump than for the fuel itself). With increasing meter fees and decreasing use rates, utilities fix their profits and build financial incentives for increased energy use. Large energy users benefit as costs shift to the many meters attached to homes, businesses and municipalities.

The losers in this new regime are the thousands of homes and businesses that have made efficiency investments, taken conservation measures and/or installed their own renewable energy system (not to mention all of the businesses that serve them). The new utility strategy also will cause significant collateral damage to low- and fixed-income households that simply can’t afford large increases in fixed-energy costs.

This trend is set to continue in future rate cases as the current Wisconsin Public Service Commission chairman, Phil Montgomery, has stated that the only thing stopping him from approving even more drastic increases in fixed costs is “the principle of gradualism.”

It also should be noted that, though energy issues were not the focus of the 2014 Wisconsin gubernatorial campaign, Wisconsin Manufacturers & Commerce and We Energies PAC were the top two donors to the winning campaign. A brief look at the bios and recent votes of Wisconsin’s appointed PSC commissioners will raise questions, especially considering that they defy the majority of submitted testimony, the recommendation of the commission staff, the vast majority of public comment, stated public policy goals and precedent set by regulators across the country.

With its current composition and record, the PSC is increasingly seen as one of the most utility-friendly public utility commissions in the country. This may only increase with a new appointment set for this coming March to replace outgoing commissioner Eric Callisto. In his recent verbal dissent, Callisto reinforced the testimony of former PSC Chairman Charles Cicchetti, explaining that a fundamental role of the PSC is to serve as a proxy for a competitive market. In plain language: A regulated monopoly without a principled regulator is just a monopoly.

Considering the circumstances, it comes as no surprise that people across the country are frustrated. With widespread public support, an established track record of quality and reliability, falling prices, clear alignment with bipartisan job creation goals and a diverse and growing list of satisfied distributed generation owners and investors, it may at first seem to defy logic that policy-makers and regulators are either ignoring or actively working against clean energy development.

The obstruction, unfortunately, is quite logical. The cynical and shortsighted strategy is based on the premise that most people aren’t informed enough to care and those of us who are paying attention do not have enough resources to sustain our efforts against such a well-funded and highly influential special interest group.

If the people of Wisconsin do not want to be left behind as the rest of the country takes advantage of the opportunities presented by the growing clean energy economy, we will need to work to prove them wrong. 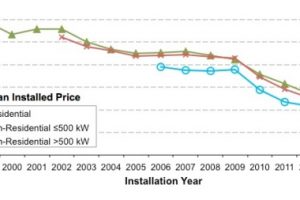 PACENation is excited to announce a new video series. Each month,[...]